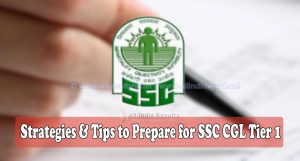 SSC had released an Official Notification for it's Combined Graduate Exam (CGL) inviting applications for multiple posts. SSC had later released a notification declaring that the Exam for the recruitment will be postponed. The new dates have still not been announced. So, while you wait for the new exam dates to be released, why not start your preparations? A section testing … END_OF_DOCUMENT_TOKEN_TO_BE_REPLACED